The sight of men’s genitals at the Rick Owens menswear show in Paris on Thursday caused a bit
of a stir on the front row.
Showing off intimate body parts is very common with the Ladies. It seems guys are about to embrace the trend.
During the Rick Owens Menswear fall-winter 2015-2016 show at Paris Fashion Week, that featured tunic-y outfits that recall a Roman emperor or maybe a hipster monk, models rocked the runway in full- frontal fashions that showed off their penises and testicles ..
A collective “ewww, put it away” rang out after the images surfaced online from the Parisian catwalks,
where the fall/winter collections are being showcased.

But not for the models. One told The Guardian : “It was not a thing at all.” (He was talking about
wearing the outfit, not being bitchy about the size of a colleague’s dick.) 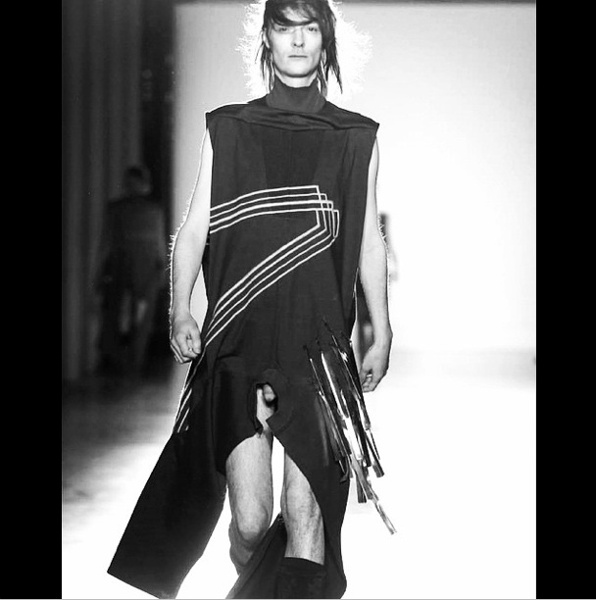 Posted from WordPress for Android

What are you looking for?

Thank you for visiting. For enquiries Contact editor @ chinenyeozota@gmail.com